The Witch and The Christian 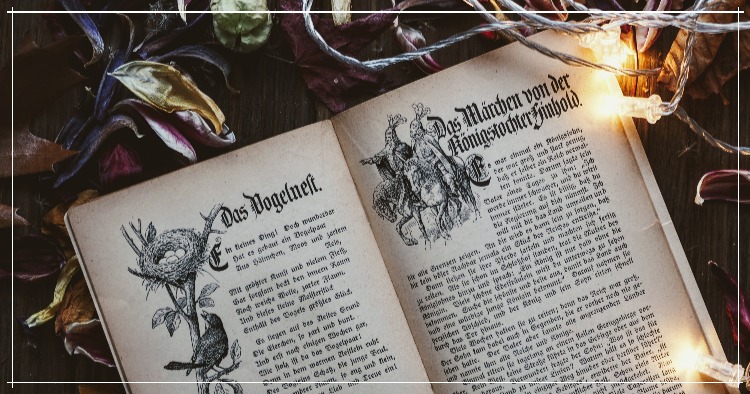 Easter is just around the corner and each year my father and I find ourselves discussing religion. Again. To be honest, my father is one of the best men I know. He’s kind, loves hard and he’s brutally honest. He is also a devout Christian. I, however, could not be more different than him in this respect and refer to myself as a Buddhist witch. I believe in the power of the universe and the magic we possess as living beings. My father and I are very close and have real love for one another as only a father and daughter could. We have talked about our differences in faith many times, during the course of one of these discussions my father brought up “the end” if you will.

I’m sure it comes as no surprise that my father was raised Christian. He had 8 siblings, a tough military father and even tougher mother. I mean, she had 8 kids after all. When my father was young he lost one of his brothers to gang violence, you would think it would call your views into question but he stayed strong.

As an adult his faith continued to get him through some dark times. Loss of jobs, divorcing my birth mother, losing his own parents. His faith has not wavered. Not once. He tells me God will take care of it. Or, he can bless me because God has blessed him.

He told me how he personally witnessed the possession of a woman, Ann. He has shared the details of the horrifying event with me, which definitely left an impression on him and every single person present that day. My father explained that he along with several others were present when it happened. I of course asked the aunts he said were present about the incident and they shared the same story. Uhhh…Scary! Did not like that.

Needless to say that left a huge impact on him. I understand why his belief is so strong and why when he looks at the news he sees the bible coming true. He has tried to convince me many times that he “wants to see me in heaven” and really he just wants to make sure that I am okay more than anything else. Again, he is honest. He will share his religious views with anyone who decides to embark on that conversation with him.

My parents were both of the same faith and used to take my sister and I to church as children. He has always understood and felt something I have not. Again, no surprise my father loves me to bits. He would love nothing more than for me to change my mind and become a Christian woman.

Although I think part of him is very aware that is not going to happen. I was the kid that always fell asleep (much to my parents dismay) or played with random findings in the pew. From a young age, I was not interested in going to church, reading the bible or listening to Gospel music. I was, shall we say, a strange girl.

Both my parents encouraged my curiosity and my need to investigate the world around me. Nor did they raise me in a strict religious household, we were raised based on respect more than anything else. I questioned everything and everyone. Naturally when my father wanted to “debate” about religious views I asked him a ton of questions about everything. However there were several crucial thing he believed that I just cannot support. I was not going to become Christian because it was expected.

Gay rights. Don’t panic, I’m not going on a rant. BUT I will say, while he does not care if someone is gay he still believes it is wrong and a sin. I don’t believe that at all. I cannot condemn someone’s way of life or who they chose to love. Barely 50 years ago my partner, who is white, and I would have been judged the same way. Also, I believe that no matter what you call your idea of God, your merits as a person should matter more than the name you chose to call him or her.

I’m more of a commune with nature kinda of woman. To me, it’s your energy and intentions that matter more than anything else. Being a witch today has a different connotation then it did 100 years ago, energy is just too hard to deny be it good or bad. What you put out is indeed what you get back. I stay out of people’s business really and ask they stay out of mind. We don’t need to judge each other for our personal choices when there are bigger matters at hand. I was never a “good Christian woman” anyway.

My father and I agree that the world is going to shit. Rather than just argue against him, I decided to do a little research. So, I watched the Youtube videos and read excerpts from the bible regarding the state of the world when Christ returns. Even I can’t deny that it is frightening and I see exactly what he is saying.

Dangerous political alliances being formed, the massacre of people, global warming, the immense disrespect toward one another like it is going out of style. For him it all points to the inevitable returning of Christ. For me, I just think people suck and we should just hang out with our fur babies.

We agree on the major issues even if we disagree with the cause. He knows I feel strongly about accepting any and all and so does he for the most part. I mean, he is not going to be an asshole to you about your personal choices even if he doesn’t agree. We both believe in reciprocating kindness and being even more kind in the face of awful people, without being a doormat of course.

Christian or Witch, Does It Matter?

Respect goes a long way in the face of these disagreements. Take a look at the Facebook comments on any hot button issue and you can see the lack of respect toward other people. I have realized more and more as families have stopped talking to one another due to those differences and yet my father and I have found a way to agree to disagree. Our love for one another over powers those differences.

Don’t get me wrong, if you have toxic people in your life get rid of them! That is completely different. It’s about respecting we cannot agree on everything and accepting that it’s okay we don’t. Religion has divided many friends and families but it doesn’t have to. What should really matter is your intentions toward one another. It is not worth losing the love and support our relationship provides.

After all of my research to understand my father, I did not convert and become Christian. I love him but I cannot support something that will condemn people based on personal choices that is truly no ones business but their own. But I understand him more, and he has understood me too. We walked away with a greater respect for the others views and appreciation for standing strong on our own morals and ideas.

My relationship with my father will always be amazing to me for that. Even though I am his child, he has always respected me as my own person and has never forced me to conform to his way of thinking. We have a mutual respect not just as family but as individual people and there is nothing more beautiful than that.