The Environment: What The Vegan?! Part 2 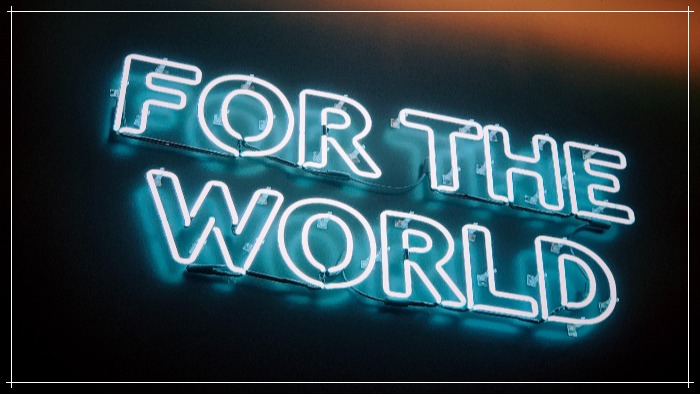 In my last post I finally revealed your girl has committed to a vegan diet. Because you know, the environment and stuff. I know, who would have thought it was possible when I was obsessed with pepperoni pizza. But you know what, I don’t miss it that much. Previously, I talked about food and shopping, but I have since decided to delve further into this new lifestyle. Because well, there is a whole lot more to this and I am learning more everyday.

The first thing I want to touch on is the environment. I know it’s big talk right now with the power house teenager Greta Thunberg taking the fight directly to government nationals at the summit this year. But we can help her and ultimately ourselves. A lot of us at this point in life have children in our life in some capacity. Nieces, nephews, friend’s kids, our own kids. At the rate we are going, what are they going to inherit? A dying planet their parents should have saved?

We want to pretend the Earth is invincible. She’s not. The Huffington Post reported that according to the UN Environment Programme, scientists have estimated we lose about 150-200 species, be they plants, insects or mammals, a day. A freaking day! They also said it “is nearly 1,000 times the “natural” or “background” rate”. Fucking terrifying. We need to do better people!

The biggest culprit you ask, farming. We are destroying the planet for our taste buds. The deforestation issue, farming. Toxic water in some mid-western towns, farming. The pollution burning through our atmosphere. That’s right. Farming.

Let’s be honest, we need trees to like, breathe and this way of life is just not sustainable. We cannot continue and think our kids will be able to have a quality life. We have to do better, they deserve better and so do we. I know not everyone agrees on climate change being real. However, I think we can at least agree that perhaps killing more trees than is sustainable is going to create some issues.

But Do We Need It?

There have been many arguments placed that we need meat. But do we? The quick answer. No. But, not to worry, we’re going to talk this out a bit. A thousand years ago, yes absolutely! Food was scarce and we had to work with what was available. A thousand years ago, the knowledge and plants and proteins were not a “real” thing. They weren’t sitting around counting calories. We were exploring herbs and roots as a way to cure illnesses and fruits to eat that didn’t kill you.

Now? We can absolutely sustain without animal products. We have the knowledge to help us be happy and successful humans without harm to the forest, animals, or our own bodies. Honestly, the food is freaking fantastic! So it’s not like we’re missing out.

NPR reported that, “Though meat consumption in the U.S. has dropped off slightly in recent years, at 270.7 pounds per person a year, we still eat more meat per person here than in almost any other country on the planet.” However with other options like, tofu, tempeh, soy curls and beyond meat options we can continue to bring that number down.

What Do We Do Now?

Again, I know, not everyone thinks global warming is real despite the overwhelming evidence that we are screwing things up. We can stop driving, we can stop flying, but it just isn’t radical enough to fix the planet.

The Guardian shared a quote from Joseph Poore at the University of Oxford. He explained, “agriculture is a sector that spans all the multitude of environmental problems,” he said. “Really it is animal products that are responsible for so much of this. Avoiding consumption of animal products delivers far better environmental benefits than trying to purchase sustainable meat and dairy.”

Sound radical? Good! We need to be radical. We need to be more proactive and engaged in what is happening around us. Cows are sweet, intelligent beings too. I think if they had a say, they would want us to be radical and not eat them or their friends. By all means, buy the electric car and fly less. We all have a role to play, but that is just not enough anymore. We have done too much damage for that to do the trick at this point.

Trees are something we literally cannot survive without and our environment can no longer take the abuse.

The greenhouse gas emissions aren’t just cars it comes from cows too. Due to some farmers being complicit in unethical farming, we have cities where the water has been poisoned and the soil has been ruined. Our environment is precious and right now, this is the only planet we live on. Looking at you NASA, please get us off his rock! However, that’s not an option right now. I am learning something new about the awful ways we hurt the earth and how quickly she is falling apart.

So yes, a thousand years ago, meat was totally a thing. We have more people and more options now so we can do something. We HAVE to do something. And eating vegan is my way of trying to help the earth just a little bit.

As some of you know, I have started my own CBD company called My Earth Goddess. I am promoting a holistic lifestyle and I don’t use plastic in any packaging. I will continue to do my part in any capacity I can. O

So what are you doing for Mother Earth?